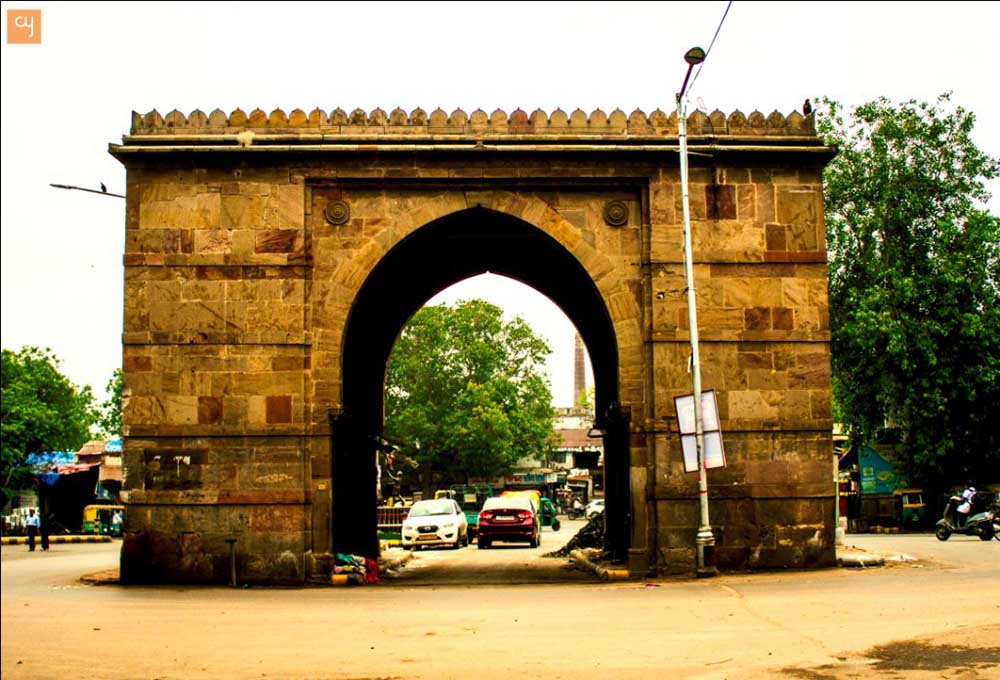 Ahmedabad is famous for gateways which appear on various roads in the central city. These gateways had served as an entrance to the walled city of Ahmedabad. The city encircled by a wall originally had twelve gates to which six more were added later. Astodia Darwaja is built of ashlars stone masonry. It lies on the southern side of the old citadel and is adorned with lotus medallions. It is datable to 15th-century A.D.doors of iron-plated timber, the gateway of three stone arches seventeen feet broad and twenty-five high with a platform 28×27, pierced for three guns.